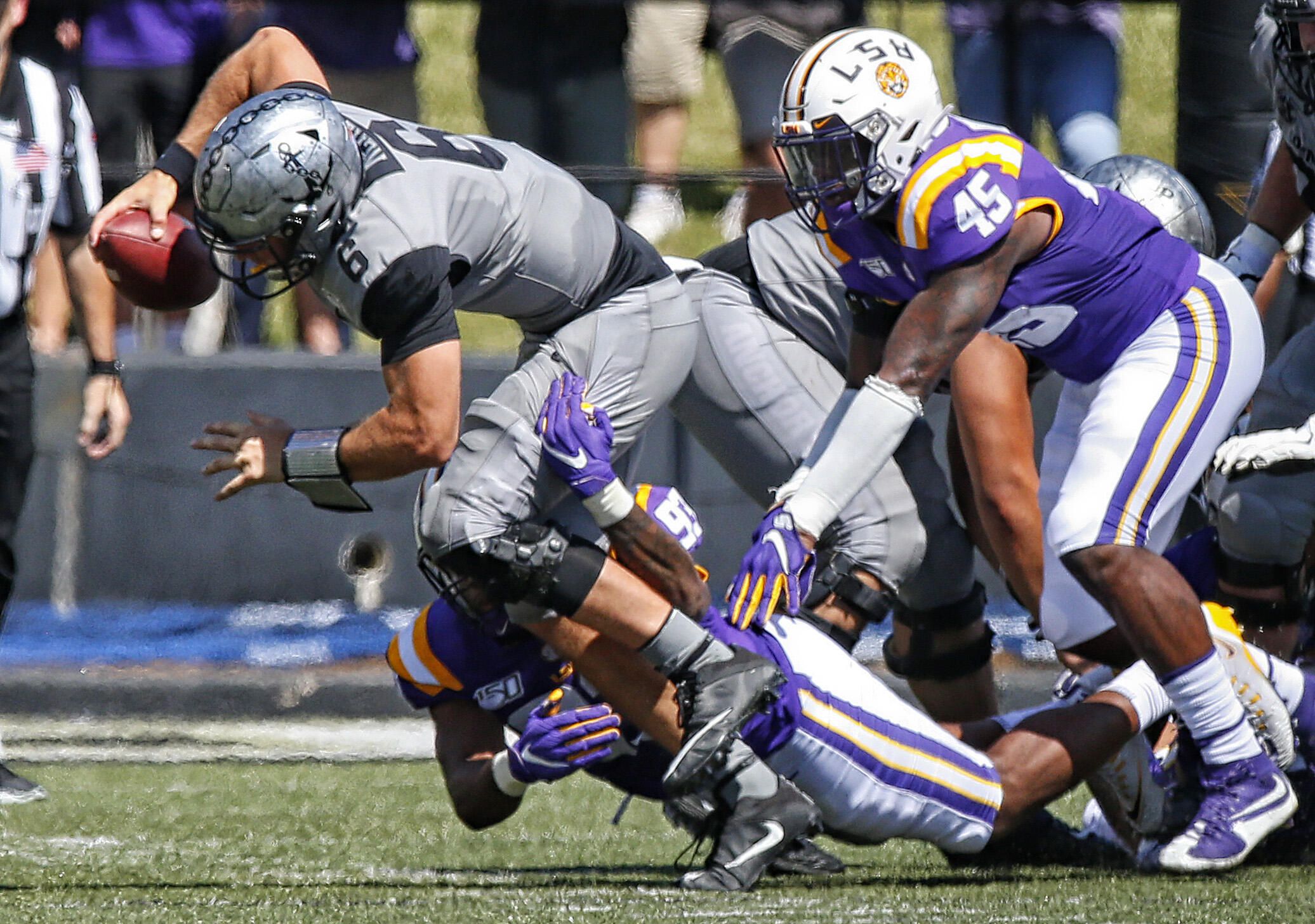 Quarterback Riley Neal #6 of the Vanderbilt Commodores is sacked by Michael Divinity Jr. #45 of the LSU during the first half at Vanderbilt Stadium on September 21, 2019 in Nashville, Tennessee. (Photo by Frederick Breedon/Getty Images)

Orgeron says starting left tackle Saahdiq Charles also is expected to return to the lineup after being held out last Saturday against Utah State because of what Orgeron called a ''coach's decision.''

Less clear is whether defensive lineman Glenn Logan, who started the Tigers' first two games, will be ready to return this weekend. Logan has missed all of LSU's past three games with an apparent lower left leg injury and Orgeron says he's expected to practice this week on a limited basis.

LSU's coach also is ruling out reserve offensive tackle Badara Traore and says it looks doubtful that defensive back Cordale Flott will be able to play. They both have undisclosed injuries.